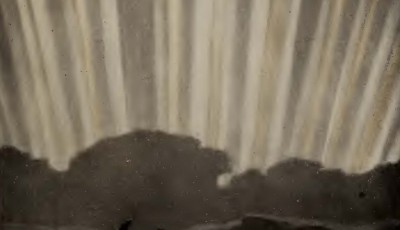 Stay with Me: Vignettes for the Absent-Hearted: Brothers

December 11, 2015
Author: Derek Baril
Category: Writing
From time to time the young men who were brothers would look up at one another and say without words the obvious words which their eyes betrayed and then up the winding road ending in a graveyard. In the misted evening, a slow procession followed them through the blackened streets in their blackened clothes and the young men held the front of a casket which carried their mother. They walked in stolid silence as the people from the village watched them from their windows and doorways with a proprietary commiseration like pale statues carved into deference or pity or whichever of the emotions one is to feel when observing the grief of strangers. It had begun to rain. Bitter, singular drops from the bitter heavens above them punctuated the backs of their necks, disproving the myth that angel tears were hot, like the tea they drank that morning after blowing the boiling surface with their breath and tentatively sipping. They lowered her and the ground received her knowingly and carefully like a gentle mother she never had. The rector spoke empty words to empty souls, or perhaps to souls filled with grief enough to feel nothing else and so they were empty and then the brothers left that place where they left their dead. Over the village, one could see a paint-spilled candescence from the silent, tilting dusk as if the Sun flying downward over the edge of the world heartily beckoned them to follow it: to sleep, to peace and all of the like, and in their hearts they listened and in their hearts they heard the voice of the Sun or the voice of One who made the Sun and for them it was peace enough.

—Derek Baril studies Creative Writing and English Literature at the University of Arizona. As a native Tucsonan, he finds Mexican food to be on par with oxygen in terms of substances he needs in order to survive. He has been known to write poetry and short stories on occasion and has even gone so far as to threaten his parents with the idea of becoming a writer.

This is the second of five installments from this collection. The first was featured in our November issue.  You can read it here: Stay with Me: Vignettes for the Absent-Hearted: Olivia