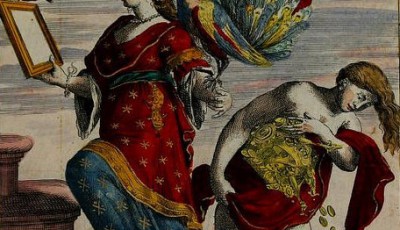 Stay with Me: Vignettes for the Absent-Hearted: Olivia

In the darkness, without a light, the room squirmed with memory. His bedroom appeared much the same as the day he had died — burgundy drapes poured like falling red wine over the window and snuffed the sunlight clean out. At nine in the morning it was dark enough to stub a toe. Olivia stepped lightly across the floor and removed the blockade of velvet in a single, dusty yank, then turned to survey the room. Her grandfather’s chamber, which she hadn’t entered in two months, was a rich swirl of wood and cream-colored comfort. Vanilla sheets hung lazily off the mattress, dark cherry wood accented the bed posts and night tables, and a thick carpet lay a patch of red moss under her slippered feet. Though the room was architecturally square, he had hemmed it in a circular notion with sturdy pillars of bookshelves and almond-brown chests and squishy furniture.

She sat on the bed and coughed in a spray of motes. The smell of mint and tobacco took her far away to the exact same spot, where she would sit amongst his pillows and he would smoke and read his stories or else make them up for her. When he passed over the summer, the house became like a puppet without a hand, and now, as winter whispered from around the corner, Olivia found herself in a room at once filled and yet entirely empty to her; with space to spare and no room to breathe.

The morning sun stretched and yawned, wrapping its arms around the stone walls of the estate. Olivia plucked a book from the top of a nearby stack and began to lightly fan through its pages. The comfort she now found in her grandfather’s books had little to do with the stories written inside of them. It was the way their worn covers opened wide that reminded her of his arms when he hugged her, broad and welcoming, with massive hands on either end of a lanky, jacketed wingspan. Especially keen for her, though, was the smell of the pages themselves, which for as long as she could remember wafted a signature musk of ancient ink and spilled whiskey. She imagined him now, sitting in his chair across from her, sending little clouds of smoke high into the ceiling, staining it black.

She stood and began to run her hands over the rows of books which curved around the borders of the room. The sensors on her fingers registered the spines into singular, abstract words in her mind. Glass. Dry stone. Tree bark. Cigarette. Rain water. Pipe wood. She paused when all her fingers felt was air, an empty space where a book should live. Peering into the crevasse she could see a stout, charcoal colored box pressed deeply against the back of the shelf. She reached in and carefully spidered the object out of its cave with her fingers. On the lid was a carved inscription which read: We who loved not wisely but too well. She opened the box. A leather diary rested inside, which she carefully lifted out. Olivia opened the cover to find a sketch of two lovers entangled under a tree. There was a poem crafted around the image written in the distinct, slippery letters of her grandfather’s hand.

Love to lick with lips the distance of your hips

to lash with gentle whips eyelids to naked nether

to tease with the smallest fingers of me

and yawning jaws open when I make you rise

then lips depart from lips to lips

and talk with tongues our buds buzzing the gossip of your godliness.

Olivia snapped the book closed and blushed like a Zin cracked open on the floor. She could not understand how it was possible to be filled to the edges with embarrassment over a thing she did not understand, nor could she tell if the deeper part of the sensation in her stomach was a pleasant or horrifying thing, like seeing, briefly, a stranger in the face of an old friend, or watching your father cry. It was the raw underbelly of a lettered soul, exposed in this way to one or perhaps two others in a lifetime — or to all of the snooping, grief-ridden granddaughters of the world. She opened the diary again and turned the page. There was a letter written in a different hand.

I think of you and of the lack of you

and I hate this dying flesh of mine

That will make the lack of us

Olivia had never met her grandmother, who had died from lung cancer before she was born, though she knew from the loud whispers behind the cupped hands of drunk relatives that she was a woman cut from a nasty cloth. She never fully understood the truth behind these gossips, as no one would tell her the story from which they were culled, but it was safe to say that what she did know of her grandparent’s marriage did not resemble in any fashion the tender story which she held now in her hands. What confused Olivia most of all, though, beyond all of the lurid discrepancies, was the R signed at the bottom of the page, for her grandmother’s name was Mary; and as Olivia stared at the letter she couldn’t help but think back to a time when those who are dead were alive, when those who are bitter were in love, and whether it was pain or sorrow that filled her she decided that the thing of it was beautiful.

—Derek Baril studies Creative Writing and English Literature at the University of Arizona. As a native Tucsonan, he finds Mexican food to be on par with oxygen in terms of substances he needs in order to survive. He has been known to write poetry and short stories on occasion and has even gone so far as to threaten his parents with the idea of becoming a writer.