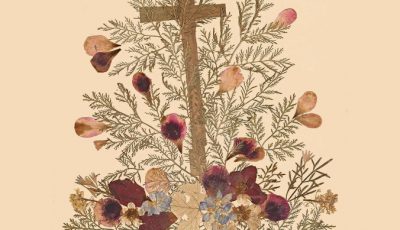 Something is wrong but I can’t quite put my finger on it. I wait, sitting quietly on the stiff-backed chair, and watch Simon clatter around the kitchen. It’s not unusual for him to keep me guessing which misdemeanour he’s punishing me for. I’m fully familiar with his language of barely audible sighs and forlorn eyebrows, his lips on the verge of a pout. I can hear the disappointment in the metallic clash of cutlery as he returns it to the drawer; each clang of crockery as he loads the dishwasher holds a reproach. He’s always been highly strung. A drama-queen. Call me daft, but I like a high-maintenance man. Someone to look after. Always have. But still something about this is different. Like if you gathered a sample of the atmosphere, pressed it into a slide, and studied it under a microscope, its very makeup would be of something else. Something other.

He loathes housework, but I know that trying to help now will only incense him further. Especially if the reason for this particular strop is my not pulling my weight around the house. So I sit and consider my opening gambit. If I start with ‘I’m sorry,’ he’ll only ask, ‘What for?’ and I’ve genuinely  no idea. ‘What’s wrong?’ I also dismiss. The sound of the kettle boiling makes it hard to think. I watch him get out two mugs, frown at mine as if he can’t even bear to make me a drink, and then put it away. What on earth have I done? Last night is hazy. Mark and I went to the Greyhound for a few pints while the match was on. I remember Liverpool was losing 1-0 at half time. And then. And then? Blank. I must have done something awful. He’s never liked me hanging around the old crowd. Says it makes him feel insecure, but we’ve been together long enough for him to trust me. And besides, he likes me in my red footie shirt, beer on my breath. Says it turns him on. Surely he can’t be this mad because I just staggered home drunk and went straight to sleep, can he?

He pours his tea and brings it to the table, sinking down into the chair opposite me. He cradles the cup in his hands and stares into the liquid.

Foolishly, I go with humour. ‘Oh is that for me? Thanks love. You not having one?’

He glances up, but it’s like he looks through me. Tears bulge on his lashes but still he refuses to make eye-contact.

He slowly lifts the cup to his lips and takes a long sip. A slight wince at the temperature. Liquid slops over the edge as he bangs it back down on the table.

‘Listen, Si, please talk to me. I hate it when we can’t even have a conversation. Whatever it is, I won’t do it again. I promise. Don’t be a princess. Please Si.’

He scrapes back the chair suddenly and sinks into a crouch against the kitchen wall. Forceful sobs channel through his body. He slams the side of his fist into his thigh. I swallow. I’ve never seen him like this. I’m unsure whether to go to him when finally he speaks. ‘How could you? How could you, Jake? How could you do this?’

I scour my brain. I picture our little table in the corner near the loos. The sour fug of testosterone and stale smoke. There was something. Yes, Liverpool equalised. And there was a penalty and the Everton lot had kicked off. I scrunch up my eyes, searching, straining through the blur, but there is nothing else.

Suddenly Si’s mobile rings. Shrill and sharp in the taut air. We both stare at it. And then he snatches it up his tone husky from the tears. ‘Yes? Oh.’ he says. ‘Oh no.’ It’s like all the air has gone out of him. The phone slips from his hand and he grips the work top. I move towards him. There is still a voice coming out of the handset. ‘Are you still there?’ Shakily, he presses the loudspeaker button. My Mum’s voice. Why is she ringing Simon? I didn’t even know she had his number. ‘It was about five minutes ago.’ She says. ‘It was very peaceful at the end. We were there with him. They did everything they could, but he’d lost too much blood. I’m so sorry.’

Something is wrong, but I can’t quite put my finger on it. I reach out to end the call, but somehow it lacks substance. Or perhaps I do? I feel sick. There were words. I remember. Queer. Poof. Knob jockey. A punch thrown. A blade. Blood. Blue lights. Sirens. Fading. Darkness. Coldness. And then. Nothing. Until about five minutes ago. Here in this kitchen.

—Lindy Greaves has ghostwritten as a career criminal and a missionary nun. She lives in Leicestershire, England. She loves reading sad books, her husband, her kids, fairtrade dark chocolate, and Jesus (although not necessarily in that order). Her microfiction will be appearing in Drabbledark later this year.