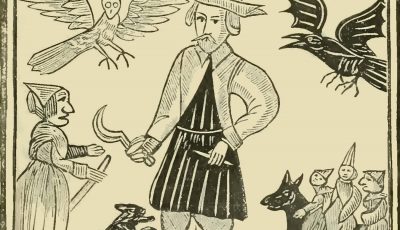 this is a house by the sea;
this is the man who’s no longer in it;
chapped hands gone to
fix some other brokenness or
break inside themselves like
voices crackling in the basement.
maybe they’ve gone to do both, because
what’s a body for except to break and lose
softly and slowly enough to
resemble a construction.

you’ll have to believe me, no,
you’ll have to forgive me—
I cannot prove any of this to you
besides the small truth
of the cold from the tide
which can spill, all the way to here,
smeared over the shoreline
like paint under a palette knife—
colors switching heartbeats,
weather fronts trading spleens,
how it all goes gone and bright,
how the house outlasts its man
but poorly so and without notice,
without meaning to at all.

this is the sea in the sea
with things in it like fish and cold and hungers
which flash on and off: candles
clasped in the breath of a window,
there the lives go, morse-coding nonsense
without any sort of story to excuse them.

and the house without its hands
and the hands without their ends
and the water inside the water
and everything I cannot show,
cannot bring to surface in the cups of my palms,
because most of the world has the texture
of a heart darting in and out
of a body. his feet were once

the most articulate things to press their
languages on the cliff sides, but there’s
none of that left, nothing to show
that there was this house,
this person, those lights, that hurt
mulled down enough to call living—
but yes the cold was recorded,
15 in fahrenheit and something else altogether
in celsius or on the skin.

—Claire Oleson is a student and writer hailing from Grand Rapids Michigan. She’s currently studying English and Creative Writing at Kenyon College. She’s an avid fan of books, bread, and trying to win the hearts of all felines, regardless of how cantankerous they may be. Her work has been published by the University of Kentucky’s graduate literary journal Limestone, Werkloos Magazine, and Bridge Eight Magazine among others.