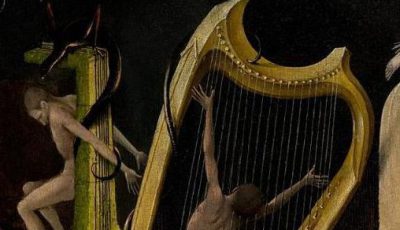 Preliminary Investigations into Discussions of the Light

[Selections from a diary found in a hovel discovered in Sec. IV of NYC-NJ Corridor. Arranged[1] by Nick Hilbourn for group review at Phoenixville Friends Meeting. Friends should meditate on content of diary and consider implications of Jesun understanding of “light”.]

Peter went out by himself. Last night, he wanted to sift through a dumpster in Brooklyn on the L line because he’d had consistent luck with the dumpster at the Nassau exit. We didn’t know he was doing that. We would’ve never approved. Nero woke me up and said that Peter was missing and I searched the caverns with him. These are old stations, refuse piles of old subway equipment from long ago when things were wrecked by the waters. So, there are plenty of places to hide. *They have these ghostly[2] blue lights. I think they’re beautiful and the one Jesun that I knew (the one who’d convinced me that my feelings were relevant and that they were being truthful when they said that I had to change myself or die) told me that the blue lights were like the atmosphere on its home planet. Apparently the number of moons and suns cause the things to appear like a constant dusk or dawn there. Things always on the cusp of. That’s it. On the cusp of, but of what? But that’s exactly it. Denouement? End? They don’t think like that. At least the Jesun I knew didn’t. The whole purpose is to remain in becoming.

We can’t pronounce or write their names and I don’t bother giving them silly pet sobriquets–to me, that’s just as bad as “jagger”. “Jesun” is how they pronounce their name with our speech organs and that name resonates with me. It feels right, so I say it. As for their personal names? I’ve heard them and it’s an amazing sound. It settles your bones. Warmth rises up your throat and vibrates along your skin. You hear the most incredible music. For me and Bess, it’s Satie’s “Gymnopédie One”–I can play it on the keys if you can find some and put them in front of me. For Stevan and Malia, it’s the sound of wind chimes. For Peter, it is–or, was–a chickadee’s song[3]. He saw the last one before the flood, sitting on the branch of an ersatz dogwood in a mall parking lot. “It’d seemed tired,” he’d said to me about it. “Like it didn’t really want to sing but felt, like, it had to.” That’s all he said but there was a world in it. Chickadees are extinct. That’s why we had to change.*

We awoke in that Jesun light and I really didn’t feel alarmed at all. But after not finding Peter in any of his regular spots (he likes to hang upside down with his legs hooked in the old handrails of a train where even the blue light is faint and the dark is like a body), we woke the others.

Malia, Stevan and Bess. They looked everywhere and we finally decided that we would go out and look near the Nassau station because Stevan had remembered Peter talking about it.

That’s where we found him.

They’d mutilated his body. But worst of all, they’d cut his light out[4]. They must’ve taken it with them for a trophy or maybe they’d tossed it in the trash. That night we smoked far more crisp than we should’ve and drank liters and liters of the pink. Our lights became far too brilliant. In a biological Jesun that’s not a problem, but our anatomies are regretfully human and not built for that kind of luminescence. We wandered above the city, not blind but not knowing what we saw. Everything was so intense. We felt the hate. We felt how alone we were.

*We felt the pressure of being the only embodiment of love and acceptance for ourselves that exists. Nowhere else in the whole universe are we viewed as necessary, as important.

Not even the Jesun fully understood why we did what we did, why we changed. Even the Jesun I knew expressed indifference[5].

Of course, they, most of all, should’ve understood. Nothing cared for them. Their own planet conquered by some bacteria-like alien life that expressed utter derision for their existence. The Jesun I knew told me that if not for the light inside them that they would’ve forgotten why they should exist and that they would’ve faded away[6].

Literally. Their bodies would’ve shrunk, would’ve inverted into nothingness. Something has to be your reason, something has to hold you and express love or interest. Otherwise, why continue?

The Jesun told me that we’d go insane if we knew how many incredible civilizations had dissipated over the course of just one trillion years. But they live with this knowledge. It’s what fuels their light.

After that much time, not even the echoes remain.*

We don’t know how we got back down, but we all awoke in the blue light. Our bodies felt pain and we weren’t sure if that was because we’d been assaulted by someone up there or if it was the stress that the over-luminescence[7] caused our bodies or both.

For a moment, we actually thought that everything that we’d thought had happened hadn’t.

It can be like that sometimes. The Jesun light in the human body feels like being on drugs most if not all the time. Our anatomies just have a hard time supporting it. It can be taxing and sometimes painful.

You always have the sensation that you’re moving somewhere. But the destination is always just out of reach. It recedes in direct proportion to your acceleration[8].

*Some of us just outright reject it.*

*The light just implodes on us.

That’s worst of all.*

*Because to be rejected by everything is enough.*

*To know that not even your body accepts what you most assuredly know is your truest being deep inside of you?

(Because the content included here was discovered in various locations and appears to have different graphological characteristics, there is doubt as to whether it was completed by the author of the diary. It is highly probable that the writing represented here was done by multiple authors. That said, an * has been used to separate different fragments. The fragments must face further review to discern if they contain spiritual valence.)

Most people think we’re out for trouble, but they’re buying into the conservative propaganda. The Jesun are peaceful types and the paint slapped over their history on this planet drives me insane. People can just read the records online. They didn’t come here to conquer the earth or “harvest” our bodies like some of those political types spit.

They were exiles. Like so many of us everywhere are.

I remember reading that before the waters rose and changed things irrevocably that you’d have people who would be chased by their own governments. Malicious dictators made people into countries. Then, those dictators would declare war on the people-countries. And what could they do? Their very existence was, technically, an act of war. So, they were eliminated. Now, things aren’t so direct. The waters mellowed us out in some ways. But we feel its legacy. The city isn’t open to us. Police are pretty blunt about their distaste of you, of the world’s distaste of you. You’re a freak, a pest, a traitor. Or, they can say all three with just one word: jagger.

Names are unimportant after that and I find them despicable now. We rarely use them amongst each other. To me, people are just people and I acknowledge them with an unblinking stare–a Jesun told me that on their planet this is considered a polite gesture. Personally, we think it’s preferable to the old nominal system on this planet.

[1] Diary pages discovered by Friend in Sec. IV.  Pieced together in seemingly coherent narrative by myself.  Further review is welcomed by Friends with such insight and skill.  Where I have guessed at the appropriate order of the diary entries, there will be an indication (*).  An appendix includes fragments of writing found in Sec. IV the authorship of which cannot be clarified as definitively written by the author of the diary.  NH

[2] “ghostly” perhaps subjective interpretation of spiritual experience.  Meditation on implications of this suggested to Friends.

[3] Consider George Fox’s note on ineffability and language: “In fine, this light in every man is the means to come to the knowledge of God. And seeing all external signs must needs presuppose this knowledge, therefore itself must need be immediate, without any external sign: that signs must presuppose such a knowledge, is undeniable; for these signs must either be words or effects…If words, we see an impossibility in the thing itself: for words are created and finite, and God who should make known himself by them, uncreated and infinite: and therefore here is so infinite a difference, that here is no manner of agreement, nor any thing in the words by which they might be capable to do it”  The consideration put before Friends is the aprioric condition of so-called “Jesun” as light-bearing/acknowledging creatures.  In what manner do “Jesun” appear to be revelations or apparitions of Divine Light?

[4] Unclear as to whether this is metaphorical or if “Jesun” experience spiritual awakening as a material form.  Although this seems contradictory (Refer to Griswold’s notes on George Fox’s views toward materiality and spiritual experience: “The inner experience you need will never be provable…”  Griswold writes that material oppositions to spiritual experience are themselves statements of faith.  If “light” discussed in diary is literal, then could spiritual development involve an eventual evolution of the body to accommodate greater spiritual development?)

[6] Consider implications of “faded away” in both literal and metaphorical terms.  Both, I think, seem rational.

[7] “over-luminescence” as possible manifestation of spiritual pride or misinterpretation of the light.  Consider importance of inner resolve and critical awareness of Light’s character as future topic of study.

[8] Suggestion for future meditative retreat: the character of arrival and destination as single experience.

[9] When the diary was discovered, several small slips of paper were seen scattered around it.  As the paper was of the same material and the handwriting also appears to be done by the same hand, the slips of papers were assumed to be written by the author of the diary.  That said, my arrangement of them should be held at a distance.  While they could belong to the composition as a whole, they could also be a different aesthetic exercise.  One Friend suggested that the intention was to pass different lines to different members of Hovel.  This being a way to discern membership.  However, no anecdotal or physical evidence seems to support this supposition.

—Nick Hilbourn lives and works in southeastern Pennsylvania. His work has appeared in Stoneboat, Word Riot, and Defenestration. He also writes film and TV essays for HeadStuff.org, an online magazine, as well as humor for the website PointsInCase.com