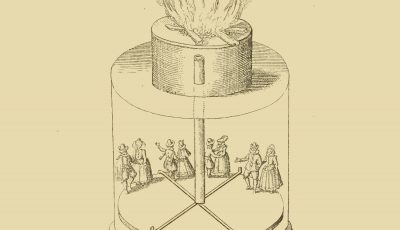 What Sarah Didn’t Take from the Fire

She’d wanted to burn the Polaroids anyway.  They were just reminders of bad perms and teal taffeta and eyelids crusted with shimmery blue shadow.

In the group shots, she was always too far to one side, partially clipped from the frame.

And Billy’s mother was always there with that damn camera to capture Ella crying, her scrunched red face contrasting with Sarah’s, bloated and droopy-eyed and washed out from the anemia.

The quilt Nana made.

The patchwork one with pieces of her christening gown in the center and three sides trimmed in leopard print, remnants of a Halloween costume.

Even though she got expelled, the home ec teacher was kind and helped her alter it.  At least Nana didn’t have to witness her being prodded down the aisle, her swollen belly threatening the newly adjusted seams.

She’d been proud when she got her cosmetology license.  First in her class in vo-tech.  The teacher said she had a real talent with brushes; watching her paint a face was like watching Bob Ross make happy little trees.

She wanted to work on Broadway, get a job on Cats.  She was only five when the show toured, but Nana took her to a matinee after lunch at the Crystal Tea Room in Wanamakers.  She liked how the dancers slunk about in their costumes.  Someday, she’d take Ella to see it.  Maybe she could apply after the performance.

So far, her best work with those powders and creams was to hide what Billy did after a twelve pack.

She knew she couldn’t rouse him after he passed out, empties scattered across the wall to wall shag carpet, snoring in that nose-whistle, old-man way that kept her awake most nights.  Sometimes, between him and Ella, she got so sleep-deprived she saw mice scurrying just outside her field of vision.

Nothing ever got caught in the traps she set.

—Georgene Smith Goodin’s work has appeared in numerous publications, and has won the “Mash Stories” flash fiction competition. She lives in Los Angeles with her husband, the cartoonist Robert Goodin. Their personal menagerie includes two dogs, Toaster and Idget, and a turtle named Tubby. When not writing, she is restoring a 1909 Craftsman bungalow with obsessive attention to historic detail. Visit her blog, (http://georgenesmithgoodin.blogspot.com/) or follow her on Twitter, @gsmithgoodin.