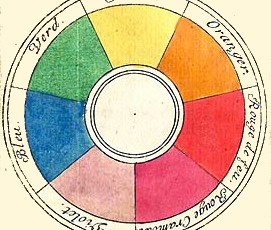 Stone Monkey Gazing Over a Sea of Clouds

It took Suyin two days to reach the mountain’s summit. The closer to Heaven, the sweeter the air was said to be, but it only seemed harder to breathe.

Pale green lichen grew on the jagged granite fingers surrounding the plateau that served as the contest’s location. Suyin bowed to the stone statue of the Monkey King that looked out over the clouds obscuring the view to the south. The Valley of the Unhurried Sun was said to be so beautiful that the sun couldn’t look away, forcing the Celestial Emperor to order the Monkey King to hide the valley.

Lady Zhao sat waiting in front of the statue, ink and brush ready. Suyin had expected to feel anger upon seeing her childhood friend, but instead found herself remembering the times they played together in the palace gardens. “You look well,” Suyin said. In truth, the brush strokes of time had not been kind to the woman lauded as the empire’s greatest living calligrapher.

Zhao acknowledged Suyin’s existence with the slightest of nods.

Suyin laid down a blanket and began her preparations. She ground an inkstick in her inkstone and added water till the ink was the right consistency—thinner than the still water of Lake Moondark and thicker than the spray from Rushing Dragon Falls. To test the ink, she drew a character that meant eel wriggling through a crack in the stonework of the Dragon King’s underwater palace. Even the mightiest wall has gaps.

Once every hundred years, the Monkey King parted the clouds. Tradition allowed the reigning empress to send the court’s finest two battle poets to compete in a calligraphy contest to create a new character. The thoughts of immortal monkeys are not easy to predict, but the Monkey King supposedly chose the character best representing life. The winner was gifted with a glimpse of the valley’s beauty and the privilege of composing a poem in the empress’ honor.

Chips of stone fell away from the statue, and the Monkey King shed his stone skin. He waved a fist at the sky in defiance. “I will never apologize!” As punishment for his war against Heaven, he had been turned to stone and sent to watch the valley. It took a few moments before he noticed Suyin and Zhao. “Who are you?”

“Zhao Lien, architect of the Great Poem. My wall of one hundred-foot-high characters protects the empire from foreign barbarians. To prepare myself for the contest I spent five years living in a mirror.” Zhao claimed that nothing was better at capturing nature than a mirror. Shards of glass still grew in her long, dark hair.

The Monkey King scratched his butt. “I had to wait a hundred years to do that.” He turned to Suyin. “And you?”

“I am Chen Suyin,” Suyin repeated.

Suyin and Zhao had been inseparable as children, but the cuts of the thousand daggers of court life took their toll. The day of Zhao’s thirteenth birthday, the empress had led Zhao and Suyin through the garden’s maze. The empress leaned forward to whisper in their ears. “When you are older, one of you will look upon the most beautiful sight in the world. Then you will return to my side and describe it to me.”

“There could not possibly be a more beautiful sight than your majesty,” Zhao said.

The empress had patted Zhao on the head. “Only one of you will prove worthy.”

They competed for court appointments, for lovers, and for the empress’ favor. The wisdom of the battle poets said that the best victory was an enemy turned into a friend. When Zhao announced her plans to commence work on the Great Poem, Suyin apologized for her misdeeds and Zhao invited her to help with the poem. Zhao didn’t apologize for her own transgressions, but Suyin was happy to regain her friend. The day before the empress was due to inspect the completed poem, Zhao invited Suyin to her command tent.

Zhao dismissed her servants and served the tea herself.

Suyin was tired after the frantic efforts to ensure the poem was ready for the empress’ inspection. The tea was brewed from the water of Lake Moondark and infused with essence of red bladeflower, creating the perfect balance between sweet and spice. “My grandparents arrived yesterday,” she told Zhao. Her grandparents were both in ill health but insisted on making the long journey down Rushing Dragon River for the ceremony.

“This arrived for you.” Zhao handed Suyin a letter bearing the seal of the Governor of the Eastern Hills, Zhao’s cousin.

Suyin looked questioningly at her friend, but Zhao did not comment further.

Suyin broke the seal and read the letter. The Eastern Hills had urgent need of a battle poet and requested Chen Suyin to immediately come to their assistance.

“The timing is unfortunate,” Zhao said. There was no trace of emotion in her voice.

Suyin stared at Zhao, but could read nothing in her neutral expression.

“A horse is prepared for you,” Zhao said. “I will ensure your grandparents are presented to the empress and that her imperial majesty is aware of how much you have contributed to building the Great Poem.”

“Thank you for the tea,” Suyin said. She bowed stiffly and left the tent. That night she rode towards the Eastern Hills. Her grandparents died without ever meeting the empress.

Each poet could draw as many characters as they liked, but at the end of an hour had to choose one to submit. Suyin began drawing the character she had practiced. She couldn’t match the vigor and power of Zhao’s brush strokes, but there was more to the contest than that.

Dazzling light broke Suyin’s concentration, forcing her to look away. Zhao had moved her head so the sunlight reflected off the glass in her hair and into Suyin’s eyes.

“Some eyes struggle when they look upon brightness,” Zhao said.

Suyin’s eyes had turned blue after she spent a year living underwater. She shifted position and resumed writing. Zhao wasn’t going to rile her that easily.

When she was finished, Suyin inspected her work. The sound of a raindrop striking a frozen lake. The character had a certain elegance, but now that she was in the presence of the Monkey King, its inadequacies were all too evident.

Zhao had already presented her character to the Monkey King. Glorious general crushing the foreign barbarians. Its perfection was breathtaking. The flowing strokes reminded Suyin of a girl dancing in the moonlight.

Zhao smiled, her eyes glittering brighter than the glass in her hair. The years living in the mirror and witnessing the lies of court life had sharpened the edges of her cruelty.

There wasn’t much time, but Suyin started again. Mind to hand, hand to brush, brush to paper. Nothing could stand against the incoming tide.

Luminous jellyfish caught in a storm.

The character combined the radicals for sea and storm with a dozen flowing strokes representing a jellyfish’s tendrils.

The Monkey King examined the jellyfish and the glorious general, while Suyin waited anxiously.

Zhao’s gaze was fixed on the jellyfish. Suyin could see it now too. The tendrils could easily be shining strands of hair.

Relief poured into Suyin, like water rushing to fill a hole.

Zhao didn’t attempt to hide her tears. “I shall endeavor to let defeat be my teacher.” She began packing her brushes and inkstone.

Suyin missed sitting in the palace gardens, her best friend by her side, talking and writing and laughing and drawing. Zhao. Stay. Zhao. Stay. She tried to speak, but the words died on her lips. The last time Suyin had tried to reconcile their friendship, she had been betrayed. The wise did not make the same mistake twice.

Suyin turned to address the Monkey King. “How long have you been tending the clouds?”

“If you apologize to Heaven, perhaps the Celestial Emperor will release you.”

The Monkey King laughed. “I am the great sage, equal of Heaven. The Celestial Emperor will eventually realize his mistake. It is nothing for me to wait ten thousand years.”

Human lives were so brief compared to the immortals. Suyin glanced at Zhao’s glorious general. She remembered the two of them sneaking past the palace guards to go and dance in the gardens, Zhao’s eyes outshining even the stars.

“Lady Zhao, may I ask you something? Do you miss our friendship?”

A look of fear swept across Zhao’s face, before being replaced by her usual stern countenance. Zhao must have thought Suyin was going to use their past to make defeat sting even more.

“No,” Zhao replied, her voice drained of emotion. “Every day I am privileged to converse with her imperial majesty. What can compare to that?”

Suyin looked down at the jellyfish character. Caught in a storm. Even predators were subject to the power of the sea. Suyin knew how to read the currents and the tides. “Only the winner is allowed to look upon the valley,” she said. “But I would be honored if you allowed me to describe it to you.”

“If you permit me, I will describe the valley. I cannot match the refinement of your poetry, but I will do my best.”

Zhao raised a hand to the glass strands in her hair. “I am not worthy of such kindness.”

“Please, it would do me great honor,” Suyin insisted.

“No, but we can always compose new poems.” Suyin used a silk scarf to wipe the tears from Zhao’s face. She tied the scarf around Zhao’s head as a blindfold.

“No one has shared their prize before,” the Monkey King said.

“If the valley is even a tenth as beautiful as its reputation implies, it seems unfair not to share its beauty,” Suyin replied. She took Zhao’s hand and together they waited for the clouds to part.

—Aidan Doyle is an Australian writer and computer programmer. He has visited more than 90 countries and his experiences include teaching English in Japan, interviewing ninjas in Bolivia and going ten-pin bowling in North Korea. His stories have been published in places such as Lightspeed, Strange Horizons, and Ember: A Journal of Luminous Things. www.aidandoyle.net, Twitter: @aidan_doyle