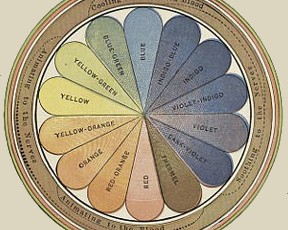 Love Song of the Last Wavemother

In the beginning, long before family, before the wave-mothers, there was naught but the ebb and flow of the waves themselves, the insistent pull of murmuring saltwater, the lullaby crash of the rising tides. In the beginning, when the suns still spat down flame upon the sea, there was Song. There was the chorus of suns whipped against water, gusts of wind and cloud-whorl whistling in countless keys, more than there are colors in the corals of our home. There was the raising of mountains and islands in volcanic earnest, the minor falls of lashing rain, the major lifts of rising suns above it all, and all the world pulsed to its dancing cadence.

The Shreerati sang in those days, beards drifting behind them in fibrous wisps of smoke. They laughed as they dove amongst schools of carp and kittenfish, carving the ocean floors with sound. The Fyngling chanted psalms and elegies on the ocean floor, songs of deep and aged dignity rolling out as they crawled blindly in search of sweetness. There were many singers in the days of old.

Symphonies and battle hymns rang through the waves, emanating from the canyon cities of the Fyngling and the noble fields of the Shreerati. All these songs wound in upon themselves, woven into the deepsong.

And that was how we awoke.

The Milouu, the wavemothers—we spun and loved in silence then, as the deepsong reverberated through our own trenches, sending shivers through the starflowers of our cavern depths. The song shaped our cilia in resonant chords and we marveled at the sluggish beauty of the everywhere eternity spreading on and out of sight. It was then, my loveling, that the Milouu first saw and heard the world, our virgin earstalks quivering with the New!

Time passed (this you know, quiet one), and at long last the deepsong fell silent, and finally in its absence the early singers croaked and choked and swam and spat out their first clumsy sounds. It was then that Milouu’s mother’s mothers began to free their shackled voices and sought out the last of the echoes, trapped in the darkest caverns and began to sing the deepsongs, slowly, and so the music came into us from the water and filled us and we gave ourselves to it in turn, and so it has been since that ancient silence.

You dwelled there too, did you not? Tied tightly to the melodies of the waves, my darling, gently woven to the threads of the wavemother’s whispers, the currents curling ’round your trembling earstalks, drifting in and out of sleep under the soft susurrations of the deepsong.

You too dwelt in song, in a delicate slumber, in a tapestry of drifting harmonies. We grasped at the remaining tenuous threads, and found the ancient songs of the sea. We learned the passage of time—the language of eternities. There was nothing else, no other utterance, until the Others.

Do you remember the Others, my darling?

Why do you not speak?

No matter. I remember.

I am seared by the other’s sun, my darling, but my memory is clear saltwater.

Milouu remembers the quiet singing of the Others, when They spun their shining arms in unison to hum hymns of longing for love long-lost, when They spiralled down from the sunsurface to taste the slippery secrets of the deep. They dipped their long dangling legs down to the seabead, down to the trench-scarred stone of the ocean floor. There was the great migration of singer swimmers then—the small ones flew out of their hidey-holes in countless flocks for us to feed upon in moonlit hours.

When Milouu first surfaced and tasted Their rich secretions, prismatic secrets drifting sluggishly in the boiling waves and currents of home! The sweet oils of the Others filling her stalks and stomachs, coating her insides with thick and cloying nectars, stretching her bellies with glistening saccharine goo. All the sweetness of the deepsong was contained in the shifting bounds of Their fluid slickness and it was framed by the pulsing drills of the Others.

I grew fat with my fullness then, and swam up towards the sun, so to taste it all the better. I left behind my pack, my family, my extra hearts. I was guilty of single-minded desire. I left behind the song and the beauty and the past. It was easy. As simple as the waning of the moon.

I was not the only one.

Did you surface, too, dear one? Did you taste the dark sweetness of the Others?

Ah, but surely yes my love surely you have tasted it. I see it now, your cilia fused forevermore by the Other’s oil, as mine have been.

Those were the last singing days.

When we lost our songs, we lost ourselves. The waves sang, then whispered, then sank into silence. Without music, the wavemothers could no longer tell their loves apart. Daughters bit at mothers, and brothers snarled and growled, tearing and rending with tooth pincer and claw, marbling the deep blue sea in murky shades of red.

I am shamed, my love, but I must confess:

My own sister held me back from the feasting, and cried out, holding me tenderly in her stalks, and I flew into a rage, turning on her with the oil heavy in my heart. I dug under her overstalks and deep into the soft secret bellies beneath. I tore at her blindly, as if she were a Shreerati who had caught the pack unawares. I scraped at her until my teeth met bone and my mouth ran ragged red, my tongue lolling like an injured eel. I had become death, anathema, Other.

After, I drifted in darkness for some days before I returned to my senses and fled.

Covered by the coiling innards of my sisters, I fled. I knew, then, that the oil of the Others was a Bad thing, worse than the killing of the Fynglings, or the last battle of the bearded Shreerati.

I swam forever, after. I stroked and paddled and swept and crawled and floated and slipped in between the spaces in the water. I swam as I never had before. I held a hope, my love, a single drop of sweet water in this now-bitter sea.

I searched without ceasing, edging ever closer to complete despair—in every trench, I found naught but corpses, the bloated remains of sweet singers. I combed the ocean floors as if I were a lost swallowfish, swimming in silence. I rose to the surface, feeling the heat of the sun along my now-scarred back, but there were no other wavemothers. For days, I dove through the abandoned canyon cities of the Fynglings, hoping to find someone, anyone, even if they were different than I. Our differences are irrelevant in the face of the Other’s senseless violence.

And then I found you!

You do not strike at me. There are no howls or wails of anguish. Your tiny razor teeth do not tear my flesh. I cannot taste blood in your bubbles. After searching for so long, I find you here, in the gleaming metal of the Other’s arm.

But why do I speak?

Can you not sing?

Oh my love, how my heart was full to burst with my final song, the last song, but I see you here now and I must tell you, though it breaks my heart—

There are no more wavemothers.

We are the last, our eyestalks twisted collectively by the rich decadence of the Other’s oils. I have swum round this shining prison to find an entrance, that I might join you, but without success.

There is only Other now, the Bad things, their rhythms rocking gently across the surface of our homes, this new land, the upper, the skyplains. We have only their songs for comfort, the droning hums of their spinning arms and mouths as They dig down to our lovedens, our underhomes. I can sing no longer, love, for I am dry, as dry as the dying suns are dim.

I cannot sing, but the song pulses yet within me and though I have not yet lost my voice I am silent, here in the hateful suns, for there is no longer any beauty in it. I have lost my song, my love, though I long for it as the waves yearn for the winds upon their backs.

My love, please—Will you sing for me?

I beg of you, sweetling, deep one—sing the last song of the wavemother for me that I may hear the deepsong that we echoed from the waters of old. For too long have I labored in silence, my sluggish heart pumping blood to reluctant extremities. I only wish to hear the sweet songs of youth once more before I pass.

do not curl your stalks

you are the last

—Daniel Patrick Rosen writes speculative fiction and swing music. He grew up on a tiny farm in northern Minnesota, where he learned the value of hard work and the relative softness of kittens. His work has appeared in publications like Lakeside Circus, Spark: A Creative Anthology, and The Saturday Evening Post. You can find him online at http://rosen659.wix.com/avantgardens and @animalfur on Twitter.