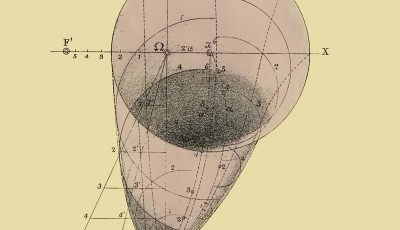 Hunting the White Merc on Southbank

We’d got a job laying paving next to the Tate Modern.

Deano’d never seen the Thames. Never worked in London before.

“You’ll not fish in that, Deano,” our gaffer said.

Deano’d only been on site ten minutes. There was this bloke, some head honcho in the Tate Modern. Ten past-eight every morning a white Mercedes four-by-four’d slow down. Driver’d check the site, drive off to his parking lot. By last Friday the Merc was all splashed up with site mud and dust, like a cow’d lifted its tail and aerosoled down the side of it.

That’s why our gaffer called Deano down: we needed a man to pressure wash the road. Gaffa let him sleep in a cabin on site. When Deano wasn’t on pressure washing, gaffa gave him a spike and set him on barring up old cobbles and stones with it.

Ten past eight this Monday morning, Mercman rolled up, winded his window down, had a right go at our gaffer, shouting the odds about access and the muck on the road—big fat-head he was, one of them who talks down to you like he’s got a marble stuck in his gob. Deano picked up his spike and started breaking cobbles, never taking his eyes off Mercman until he was parked up.

At dinner, me and Deano went to fetch sandwiches. Two women were walking towards us so we stepped off the kerb and into the road. The white Merc nosed out, and it came at us, roiling a cloud of dust behind it.

When the front of the Merc was inches from Deano’s leg, he sidestepped, snapped into guard and banged-out the wing mirror with an elbow strike. Plastic cracked, glass splintered. Tires squealed and the Merc rocked until it had stopped and stood dead still.

Mercman jumped out,”Oi you! You stupid pleb!” he shouted after Deano.

Deano carried on walking like nothing’d happened, into the dust. Mercman made two fingers like a gun at us before he jumped back in and drove off, to wherever he was going in his hurry.

Deano hardly spoke to me or the other lads for the rest of the day. Only thing he asked us for was a length of rope and bits of chalk. Deano was already off-site when I left. He’d gone walkabout.

The next morning I arrived on site early. A silver wolf was tied to a crate next to Deano’s cabin. It was licking the remains of a Chinese takeaway out of a tray on the floor. When I got near, the wolf went off like a grenade. Teeth flashing, snarling, telling me it wanted to rip up my arms. It was wall-eyed; one green and one blue.

“Shurrup you daft thing,” Deano yelled out of the cabin. “I said, shurrup!

The wolf glared at me and went back to eating, keeping the one blue eye on me, growling like I was trying to steal his breakfast.

Deano came to his cabin door. He looked like he’d done at least a gram of speed last night. He’d razored his hair to a Mohican. His hands, body and face were covered in different colored chalks and pigments.

“Where did you get the wolf?” I asked.

“Bought him off an homeless bloke on the embankment, twenty quid. Called Blue, he is, cos of his eyes. Any road, he’s not a wolf, bloke said he’s an Akita ‘cross’.”

He stoked his stubble.

Deano waved me into his cabin. The walls and ceiling were covered with paintings, all kinds of bull and oxen, most of them white, with long, curving sharp horns. He’d done Blue gazing up at the full moon, mixed soy sauce and crispy beef fat for ocher and brown and used silver foil for the moon. I don’t know how long I been reading the story in the paintings, but when I’d finished, I told Deano it was good art.

Deano sniffed, “What time is it?”

“Right come on mate, let’s try you out,” he said to the wolf.

Deano picked up his spike and carried it on his shoulder; five foot of forged steel, tapered to a javelin point. He walked barefoot. The wolf trotted beside him. They went out of site gate and waited in the road. Deano held his spike upright and wiped the sweat off his feet on the white line.

When Mercman spotted them, he snorted the engine down a gear and charged.

“No you daft…!” Deano yelled, but Blue didn’t listen. He tore up the middle of the road and leapt at it head-on. He bounced off the windscreen, up and over the roof, then he was gone in the dust. Mercman didn’t slow, but that brave wolf’d rattled him enough to give Deano his chance.

For Blue, Deano howled a roar of pain, and let fly. His spike found its target, straight in and through the ribs of the radiator grill, into the heart of the Merc. And when the Merc came to rest, steam hissed its last breath. Oil, water and diesel bled onto the dirt. Mercman’s hands gripped the wheel, his mouth opening and closing like a carp’s, drowning in the muck on an embankment.

Blue limped out from behind the dead Merc, his head bloodied and bowed. “Come here, you stupid thing.” Deano cupped the wolf’s jaw with his hand, raised its head, and they gazed into each other’s eyes.

“He’ll have to learn not to go in on the attack so quick,” I said.

Deano nodded and tied the rope around its neck.

“Think I’ll take him home on the train wi’ me, now,” said Deano.

—Andy Barnett grew up in a mining town on the NE Derbyshire and Nottinghamshire border. He left his hometown to go to a university in Sheffield. He didn’t like being at university, but he stuck it out until he graduated. On the first day he left university, he found a job working for a local builder. That was thirty years ago. He’s never applied for a professional job and he works as a self-employed roofer. He’s running his own business but he still helps that local builder out if he needs a hand. Andy has been thinking about going back to university to do an MA in creative writing. His work is published in The Prague Revue and he’s an active member of Scribophile, where he’s working on a collection of short stories.”